Gay Marriage has been a controversial debate and is often in the news across the world. We keep listening so much about the Gay Marriage but still we are not clear about the concept or culture of gay marriage. Today, I am trying to help you get clear and learn more facts about the gay marriage. I also provide you some attractive and stunning gay marriage certificate templates absolutely for free. Let us get into the topic without any delay.

Whether people call it as a gay marriage or same-sex (men) marriage, or a gay commitment ceremony, it all means the same. Now-a days every gay couple are receiving a beautiful wedding ceremony certificate.

This post shows you all the variety of designs we offer free. As I told you in the last paragraph, people prefer the words ‘wedding’ or ‘matrimony’ or ‘commitment’ to be in the marriage certificates. So to make it hassle free, we provide customizable templates through which one can edit the text according to one’s needs. Blank templates are also helpful in that case. Keep reading to make use of our ready-made templates.

Gay marriage is the same-sex relationship develops between the same sex people especially between two men and it can take many forms from romantic and sexual to non-romantic and homo-socially close relationship. 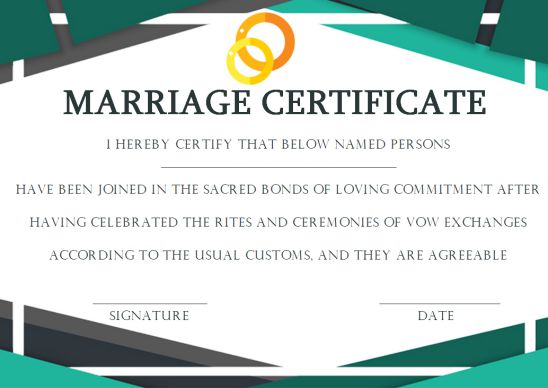 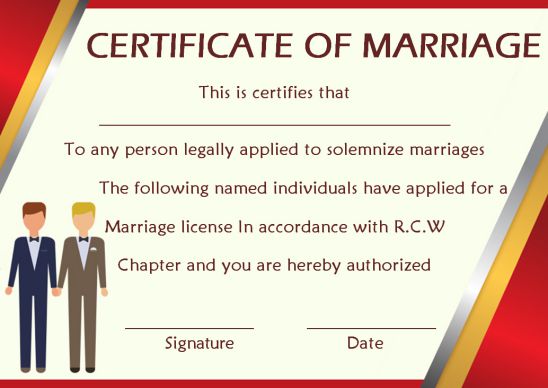 A growing number of countries all over the world are legalising the gay marriages. I could say, almost 27 countries legalised the gay marriage including the United States of America. Yet gay marriages remain banned in many countries and the expansion of LGBT (lesbian, gay, bisexual, and transgender) rights are still uneven globally.

Believe it or not, the origins of same-sex or gay marriages are not just started in 20th century, but are allowed in ancient times as well right from ancient Egypt, southern Chinese to other ancient European times. More than 1500 years ago, the gay individuals across the world started fighting for their equality rights but in very less number. 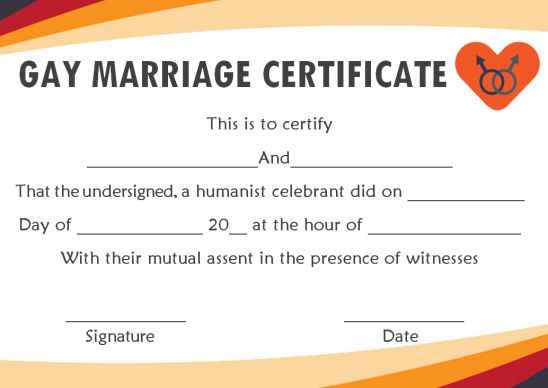 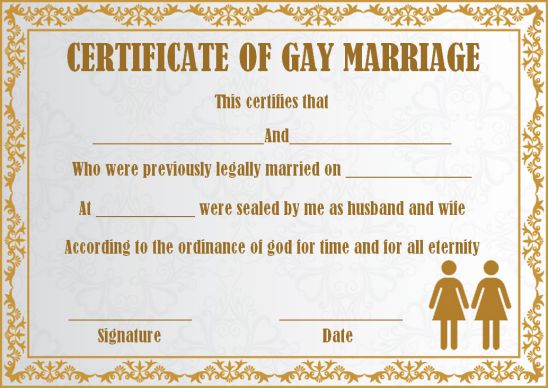 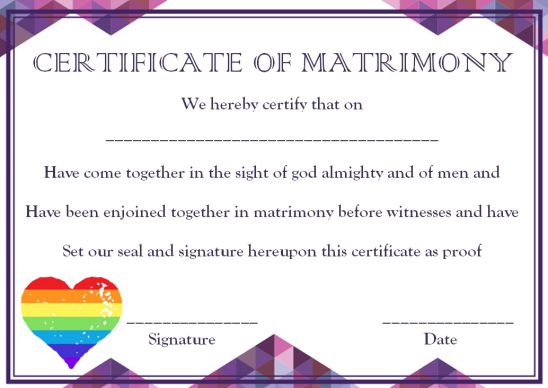 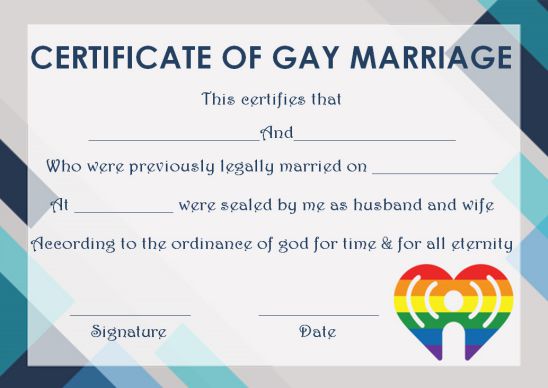 Please keep in mind that this article provides you the basic and general information but not the legal advises. Thanks for understanding!

Goals of the Gay Rights Movement

Gay marriage rights is one of the important elements of LGBT rights. However, marriage equality is not only the sole issue but the overall goal is about equality in all areas of daily life. For example: protection in work place, to be respectful as a normal person, to be eligible to serve in the military, to get the fore mentioned benefits etc. in addition to the equality movement, the another important goal is to have children, including adoption, commercial surrogacy, and in vitro fertilization. 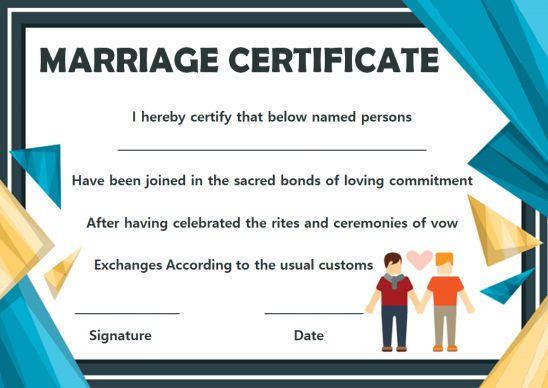 Why are gay couple fighting for the importance of gay marriage to be recognized?

From the legal perspective, marriage automatically confers a lot many benefits to a couple. In simple words, a married couple enjoys numerous legal benefits like survivor benefits, ill spouse leave, local residential and educational benefits from the local government etc. 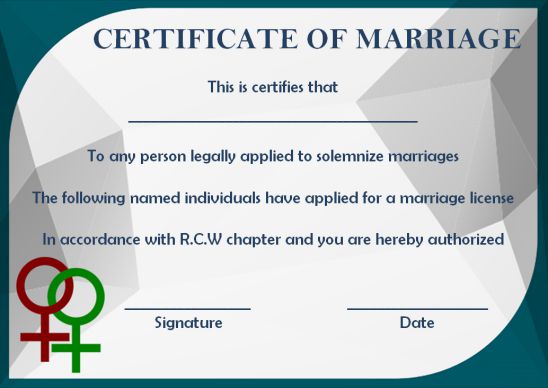 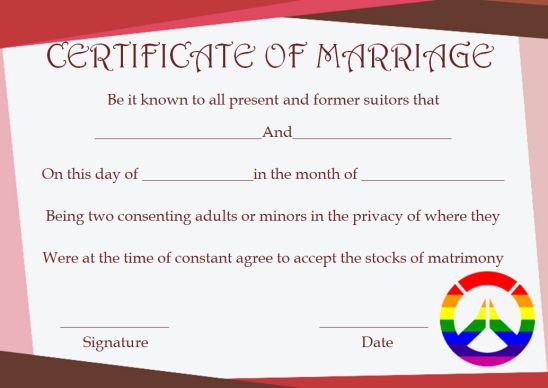 In the same way gay couple also willing to get benefited from these legal benefits from the government. They are not eligible for these benefits until or unless their relationship is not accepted or made legal in the society. That is the reason, gay couple are fighting still in some countries for their rights. 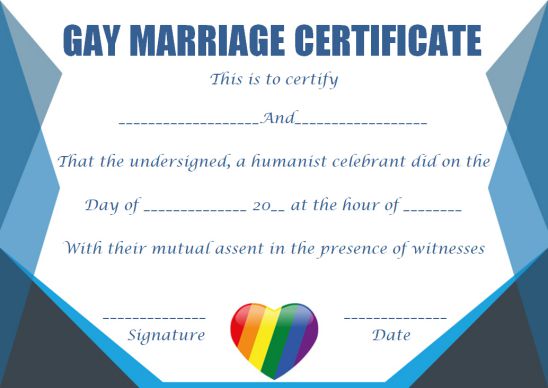 According to recent survey or poll, younger Americans are more likely to support gay couple than older Americans. It shows that 53% of Americans say that the law should recognise gay marriages whereas in 1996 it was 27%. Why the Americans are supporting? Because they believe that everyone on this earth deserves equal rights and freedoms. They also say that it is a personal choice of getting married whom and only matters the love and happiness not the sexual orientation. 54% of Americans say that they would vote for a law that offers marriage benefits to the spouses of same sex employees. Marriage benefits include insurance, taxes, social, and security.

How to registry a Gay Marriage? 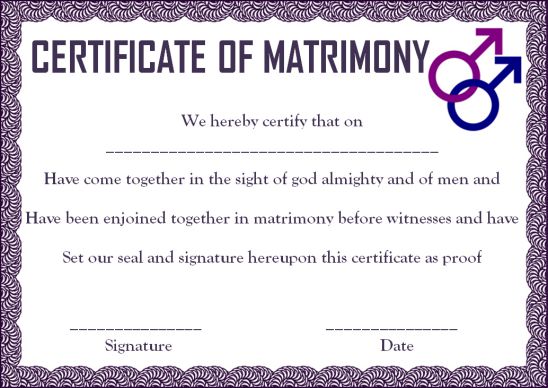 Anybody who wants to get married to the same sex or form a civil partnership, they need to submit a notice of one’s intention to a register office in the area of living continuously at least seven days. Notices are displayed in the register office for a period of 28 days.

What happens during the gay marriage ceremony?

Regular opposite sex marriages happen by saying a predominant set of words whereas in civil or gay marriages, there is no legal obligation on the wording used during the ceremony. A civil or gay marriage relationship is formed or become legal after signing a gay relationship document. Gay couple need a register and two witnesses during the marriage ceremony. Gay couple can have a choice of incorporating readings, some vows, and music while marriage. 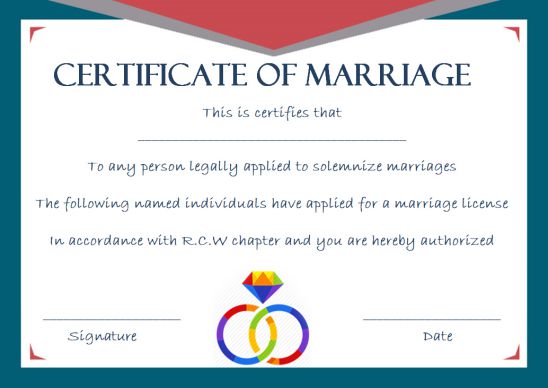 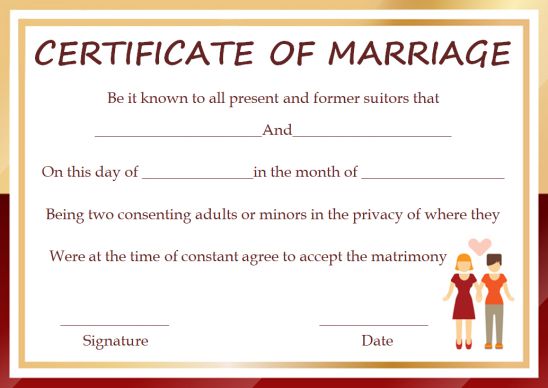 The minimum age of couple getting involved in a gay marriage is 16 years in almost all the countries who made the process legal. If anyone under the age of 18 must provide a written permission from their parents or guardian.

Do not expect any religious content in gay marriages because it is not possible to include and mostly the gay marriages happen in any register office or any licensed premises in England. 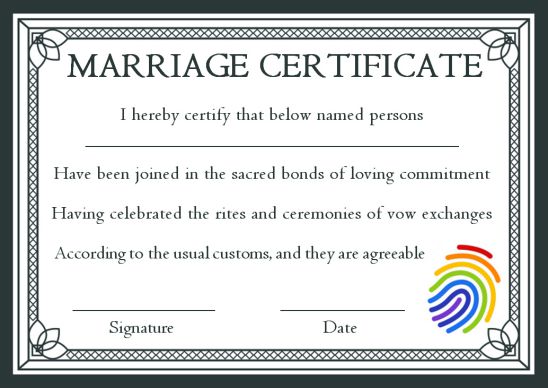 In addition to the names of the gay couple, a marriage certificate includes names of both the parents, date, and location of the ceremony.

Some interesting facts about gay marriages

I am going to tell you many interesting facts that are bound to gay marriages especially throughout the 20th century. Until 1973, the APA (American Psychiatric Association) defined the nature of attracting to same sex as a mental health disorder. In today’s terms, between 1996 and 2014, support for gay marriages in United States has increased almost doubled from 27% to 55%. Today, reports say that 33% of population says gay marriage should be banned. Interestingly enough, as of now around 120,000 gay marriages have happened in United States.

What is the divorce rate for gay couples?

Who was the first gay couple?

Del Martin and Phyllis Lyon was the first gay couple to tie the knot under Marriage Equality New York and get official recognition of their fifty year relationship. This decision is finalized in the celebration of the first gay marriage in the United States.