In Mathematics, a bar model is used to represent problems or concepts by the means of pictures. Each and every mathematical operation, such as addition, multiplication, division, and subtraction can be easily depicted by the means of bar models.

Bar models are highly beneficial when it comes to explaining mathematical concepts to children. These models can easily visualize the problems and help students in understanding and solving them. However, these bar models are not equivalent to key books. They do not solve the calculations for the children.

Bar modeling has its origins in Singapore. It was first used to help children to master the art of mathematics. Using the strategy of bar modeling, even the most complex problems can be solved easily.

The process makes use of real-world representations which are tangible in nature. The process then moves over to using diagrams and pictures to display the various aspects of the problem. Finally, the process introduces children to abstract algorithms and notations.

The reason for the extensive use of bar models in education is that they provide an entry point for students to grasp the concept of a particular topic. By displaying the topic in its rawest form, bar models allow children to infer the problem by withdrawing complex mathematical notations.

Contrary to common belief, these bar models do not actually remove traditional algorithmic methods but provide the means for students to understand what the problem actually means to say. 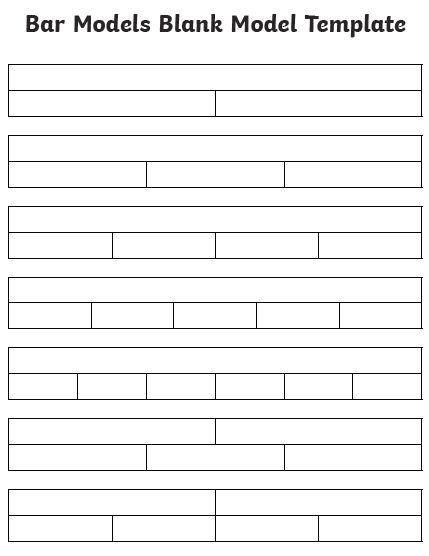 A few facts about the Singapore Maths Bar Model are:

Fractions is another segment of mathematics where bar modeling is extensively used. It helps students to gain valuable insights into the topic by providing them with simple but powerful visual models that they can draw and use to solve the problems.

Explain to your students that if 25 were to be divided by 5, then the answer would be 5. Therefore, each segment of the shape would be equal to 5. Hence, four parts of the box would be 20. Finally, you can explain how dividing by the denominator and multiplying with the numerator works.

Upon shading them according to the numerators, i.e. one box and three boxes respectively, your students find that equal areas of both the boxes have been shaded. Thus, by these means, you can explain equivalent fractions to your students.

Draw two rectangles and divide them into 2 segments and 6 segments, respectively. Shade the respective boxes according to their numerators i.e. 1 box and 3 boxes respectively. Now, it is quite obvious that these fractions have different denominators. So, you need to convert their denominators into equal terms so that they can be multiplied.

One way of doing this is by multiplying the numerator and the denominator of 1/2 by 3. Perform the same in the shape as well. The shape for 1/2  has been divided into 2 equal segments. Now, divide each of these segments into three equal sub-segments. If you count, you will find that now, both the shapes have three shaded regions and three non-shaded ones.

Hence, you can easily add the fractions now.

Suppose that you’re presented with a problem where you have to multiply two fractions such as 2/3 and 3/5. First and foremost, ask your students to divide your box into rows and columns according to the denominators of the fractions mentioned. For this example, we are going to be dividing the rows in 3 parts and columns into 5 parts. Do not forget to mention the fraction above the columns and rows respectively.

Now, it is given that the fraction for the columns is 3/5. Therefore shade three sets of columns on this side. Now, do the same with the row side by shading 2 rows. If you see the bar model now, it shows that there are two segments which have not been shaded. These rows actually come under the total number of rows which are formed after the multiplication.

Part-whole models are one of the most integral concepts in bar models. Mathematics teachers in Singapore make use of concrete objects when it comes to explaining students about the part-whole method of bar models. Once students become adept at understanding the concrete structures, teachers move up a level and teach students to visualize bar models in the form of pictorial representation.

The concept of part-whole bar model can be explained with the help of a single example. Let’s say that person A has 400 balls and person B has 300 balls. Students have to find the total number of balls that they have amongst them.

At first, teachers need to teach students with the help of concrete models. However, when the students are adept at understanding them teacher can allow the students to simply draw the boxes, shapes or segments without any pictures. Eventually, the entire model can be visualized as simply two boxes. 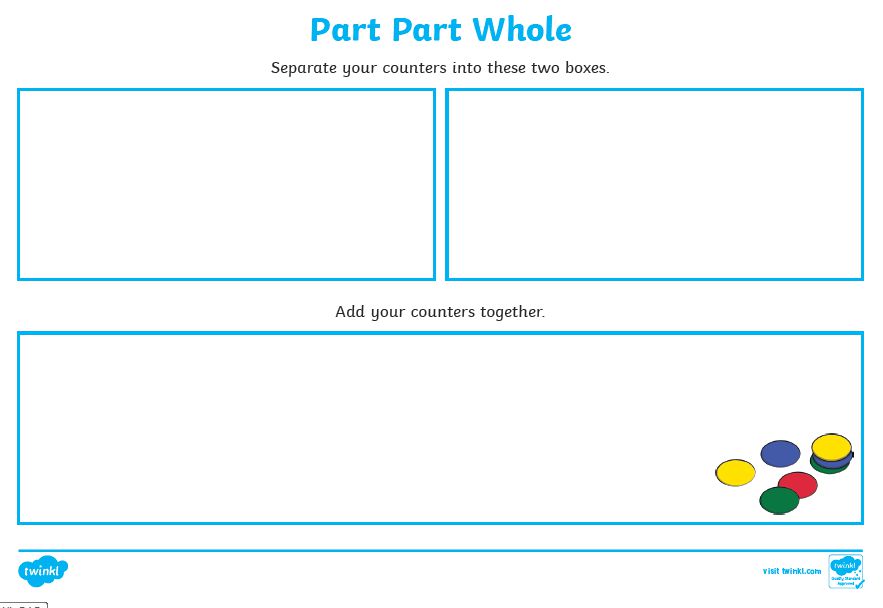 When students become adept at solving bar model representation, they can solve this problem as well without any issues

Therefore, in order to find out the whole of the given parts, all that the student needs to do is add the two parts together. This is all that part-whole model signifies.

KS1 or Key Stage 1 SAT are tests organized by the school to help the child, the teachers and the parents to understand their child’s strengths and weaknesses. The tests also determine how well a child performs in his school as well as the country.

In year 1 of KS1 SAT’s, people often encounter numerous calculations which are based on the concept of bar modeling. Therefore, it is very important that children know the knacks of solving problems with the help of bar models. 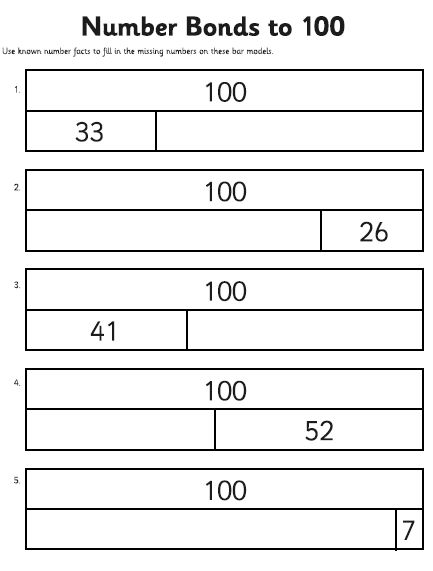 The bar model problems in KS1 SAT’s usually present themselves in the form of word problems. One example of the same is that Person A has 7 oranges. Person B has 10 oranges. How many oranges do they have in total?

A proper understanding of creating bar models can help students to get the idea of working operations such as addition, subtraction, multiplication, and division. Therefore it is crucial that they understand how to create a concrete representation of the bar models.

Creating simple yet bar models can be done in four simple steps. These are:

A lot of countries use bar models in their approach while teaching Mathematics, primarily the education systems of Singapore.

A few examples of operations where Bar Model Templates are used extensively are:

In such a case, create two boxes and divide them into segments. Make sure that one box is larger than the other and that they are perfectly aligned. Now, divide the larger box into 4 segments and label it as “Books”. Divide the other box into 2 segments and label it as “Pencils”. Draw lines from their ends and join them and label the point with the total amount of money spent, i.e. Rs. 100.