Spring is arriving that means baseball season is also arriving pushing the cold climate and temperatures away. Have you ever played the thrilling game, Baseball!? If the answer is ‘NO’, I suggest to give it a try or go and experience the baseball matches happening around you to know how thrilling the game can be. Watching baseball game even gives you adrenaline rush when the ball speedily coming towards you. However baseball is such a great game ever invented.

Mastering baseball takes years and years, but young players improve quickly when they’re doing the right drills. Coaching plays major role to make you master in baseball and a best coach would be the most important role model that players have during the baseball season. I strongly believe that the skillful efforts and strategies taught by a coach (influential person to players) not only helps the baseball players in the baseball field but also helps them in real life. So, it is equally important and our responsibility to honor the baseball coaches with a professional looking baseball coach certification. Isn’t it!? Hope you all agree to my point.

We provide a variety of free printable and downloadable baseball coach certificate templates in PDF and word documents. You can type in the text and edit to customize these certificates. So all you need to do is simply type in your text, edit, download or print and your certificate is ready! Continue reading if you would like to know more about baseball coaching and fundamentals.

Baseball is a bat and ball sport played between two opposing teams who takes turns to bat and field. This is America’s one of the most iconic and beloved sport. The origin of baseball is uncertain. But there are evidences that baseball is derived from the Rounders played in America during 19th century and was called Town Ball. On the other hand, there is a clear evidence that a game called Baseball was played in England in the 18th century. 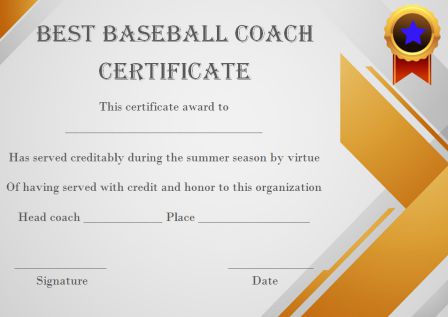 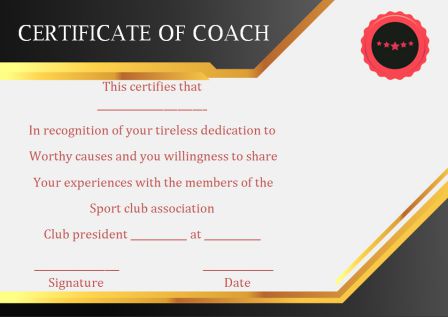 Basic fundamentals of the game 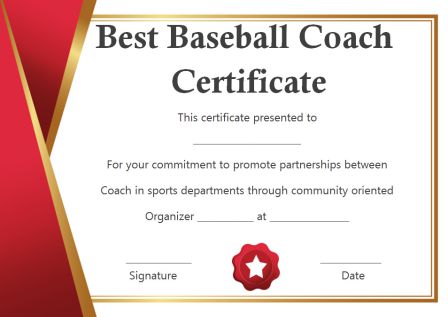 How to become a Best Baseball Coach and Coaching Tips

Coaching is not an easy job. Good background, knowledge and experience are the key factors to become a best baseball coach. Here are the few responsibilities of a good baseball coach. 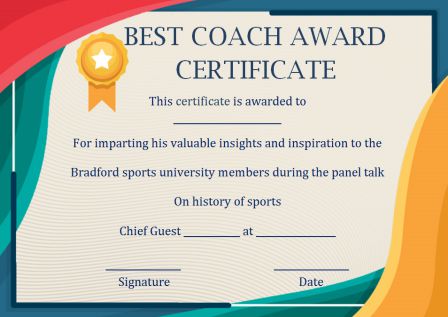 Generally, professional baseball players in present and previous times are from North America and the US in particular. There are thousands of baseball leagues and teams in the US alone. But there are some other American countries where the thrilling game, baseball is played. They include Cuba, Dominican Republic, and Puerto Rico. 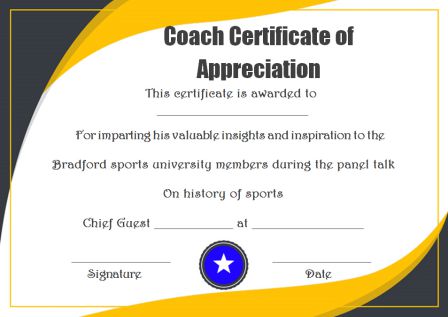 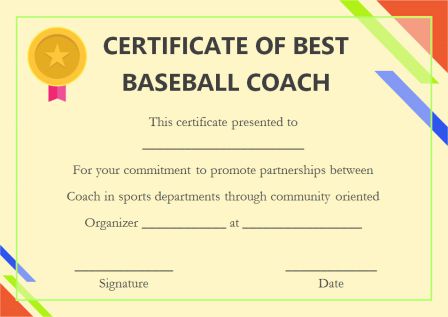 Hope you all better understood the responsibilities of a best baseball coach. Are you willing to reward your beloved baseball coach? What are you waiting for! Reward today with our free customizable and printable baseball coach certificate templates. All the templates are ready to use, personalize and print online. You can make a variety of your own templates with your own text and wordings. Just click on the image and download. Happy Browsing!

What is a baseball coach called?

In baseball, the field manager refers to the head coach of the team and commonly known as a manager. The person who is called as manager plays major role in all the
activities involved in game management like assigning field positions, setting the batting order, lineup selection, training and instruction and making final decisions
on all aspects of general strategy etc. Managers are typically assisted by a staff of assistant coaches whose responsibilities are specialized.

Do baseball coaches have numbers?

Yes, in baseball the most legendary head coaches, players and managers sometimes or always have their uniform number even if they get retired. Thus, the future coaches
and players cannot wear the uniform with the same number while playing for the same team. Numbers on the uniform are used for the purpose of easy identification of players
on the field as no two players from the same team can wear the same number. Though the numbers are created for the indentification purpose only, numbers have become the
source of superstition, emotional attachment, and honor.

Why do baseball managers and coaches wear a baseball uniform?

In all other major sports, coaches are confined to sidelines where as the baseball coaches play important role on the filed of play. The two corner base coaches stand on
the field while their team is batting. The pitching coach sometimes goes to the mound to consult with his pitcher. Because the baseball coaches spend more time on the
field during the game, it is fitting that they wear the same uniform as their players.

What are the characteristics of a great baseball coach?